What is there to do with a two and a half year old in the center of Treviso when it’s pouring down rain outside?

I’ve been living in Treviso for the past five years and Ill let you in on an embarrassing secret of mine, I have never stepped foot inside of any of the Churches in Treviso that is until last weekend when my son and I were going stir crazy cooped up  inside our tiny apartment..

Then… a light bulb went off.. Lets go on an adventure and explore the ancient Churches in Treviso..

Our first church that we visited was Chiesa di San Leonardo, coming across the church, I thought it was named Santa Rita as on the front of the church says ”Santa Rita” but after asking a friend and checking on google, it is in fact Chiesa di San Leornardo and is located between Quartiere Latino and Piazza Signori.

It was built in the 14th Century and the most recent revisions were made in the 17th Century.

Yes, I could have taken Luca to a mall to play with games but I thought this was much more educational and at the same time fun. 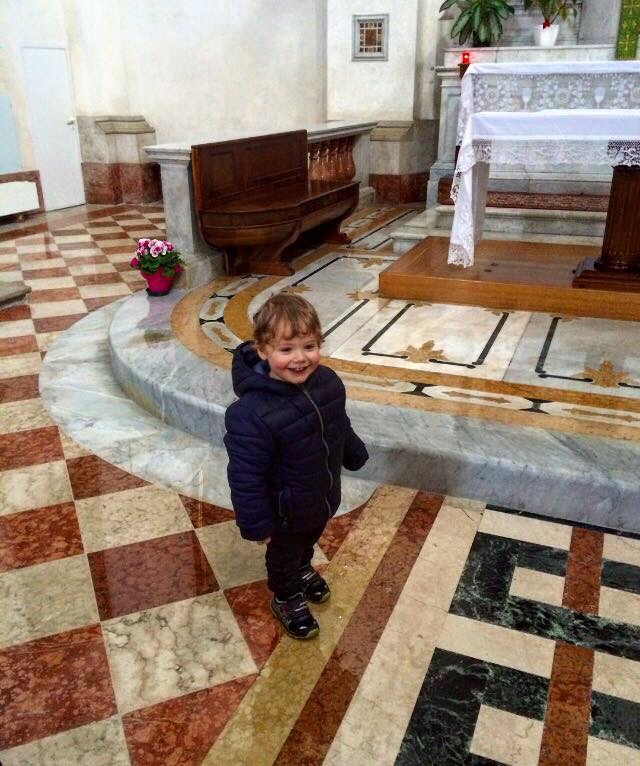